What better way to usher your best mate into married life than by taking them down to the woods and mercilessly bombarding them with paintballs. We guarantee we'll give the lucky Stag a messy day he'll never forget.

Where do you want to play?

100% Safety Guaranteed Your Safety is Paramount

All sites have copies of risk assessments (copies provided on request)

When my best mate decided to pop the question early last year I was given the task of sorting out his stag party. After speaking to a couple of the lads we decided it was only right that we stitch him up one last time, so we decided to book a paintball experience and use it as an excuse to inflict as much pain on him as possible before the big day.

Most of us had been paintballing before, and as you can imagine some of the lads fancied themselves as paintball experts. In total there were 24 of us in the group, and when I booked our full day paintball experience I was told we'd have a game zone to ourselves, which was definitely an added bonus. 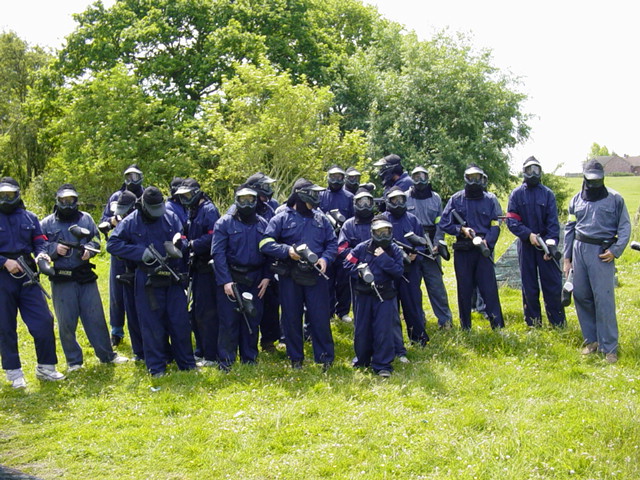 When we arrived at the site we signed in and got changed into our combat overalls, I'd spoken to the marshals before the stag arrived and they'd OK'd a little surprise I had for him. As well as wearing his overalls we made him wear a bright clown suit, which made him nice and easy to spot at all times. After we'd all got changed into our overalls we sat down for a short safety briefing and run through of what our paintball experience would consist of, but before long it was time to head into battle. 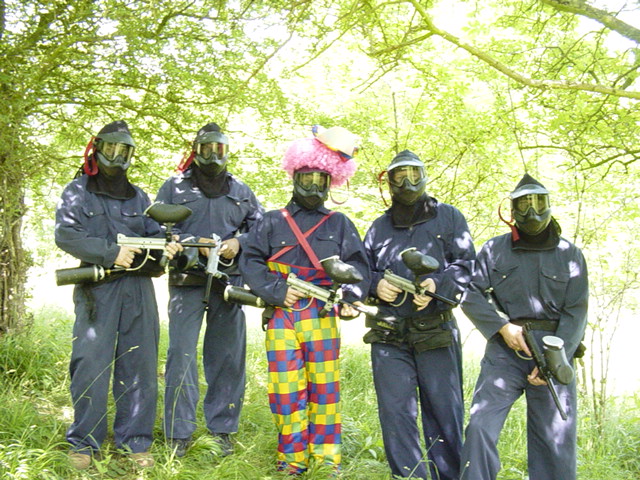 After getting our hands on our paintballs and paintball guns we headed straight into the game zones, and the boys were buzzing to get down to action. Our paintball experience was split into two sessions, a 3 hour morning session and 3 hour afternoon session, which gave us plenty of time to head out afterwards for the traditional stag night pub crawl.

The marshals we're up for torturing the stag almost as much as we were and tailored the games to give him a day he'd never forget. As well as playing all the classic games like last man standing and capture the flag, we also played some stag specials which included a Mexican standoff and a game of hunt the stag. The day was definitely more memorable than a standard paintball experience, and even though the stag spent most of the day being peppered by paintballs he seemed to enjoy all the extra attention.

Over the course of the day we probably played around 10 different games, and worked our way through most of the different game zones, which meant we really got our moneys worth. I'd looked at half day paintball experiences before booking, but I'd definitely recommend the full day especially if you're part of a stag party. It gives you more playing time, and means you can still head straight out afterwards.

By the end of our paintball experience we'd given the groom the pasting we'd planned, and had a proper laugh. Even though a lot of us had been paintballing before this was definitely one of the best paintball experiences we'd been on, and if you're booking a stag party paintball still takes some beating. 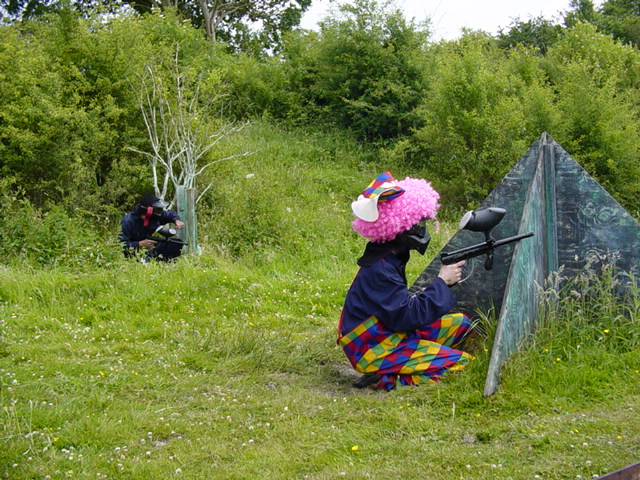 "Blue the man that was running the day was fantastic nothing was too much trouble for him. Thanks for such a great day. "

We use cookies to give you the best online experience. Please let us know if you agree to all of these cookies.